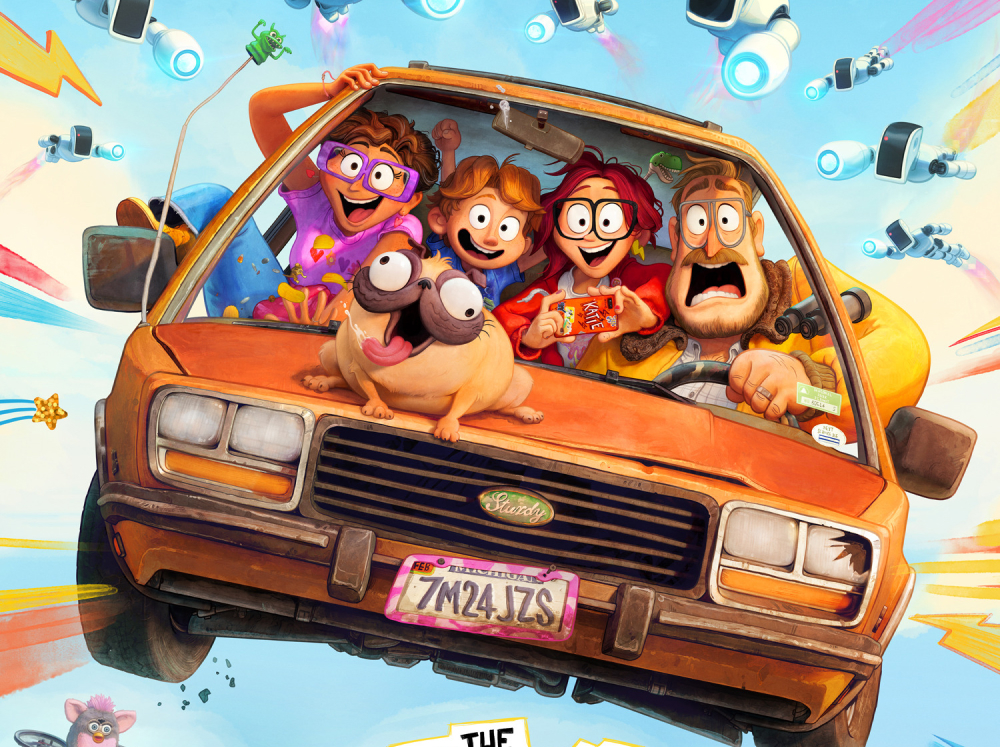 At this stage in my adult life, I must admit that I am way behind the pace when it comes to keeping up with all of the latest animated features. I’m not particularly proud of it, but I tend to make the effort for each new Disney and Pixar release, and then leave everything else unwatched. In an attempt to shake off the sombreness of this year’s Oscars ceremony, however, I decided to turn to Netflix for an animated adventure that had the hype train fully loaded and out of the station.

Produced by The Lego Movie creators Phil Lord and Christopher Miller, The Mitchells vs. The Machines tells the story of teen girl Katie Mitchell (Abbi Jacobson) and her family as they find themselves the only humans left to save the world after an army of robots descends to cause technological chaos. Queer, quirky and an aspiring film maker with eccentric creative juices, Katie constantly finds herself at odds with her parents, particularly dad Rick (Danny McBride), but the family are forced to put all differences aside as they battle to save humanity, learning, as you would expect, lots of lessons along the way.

Before I get into the nitty gritty, let me say that on the whole The Mitchells vs. The Machines is great, it’s full of laughs, fulls of life and full of action, with some all important heart to bridge the gap between all out robot adventure and poignant family drama. The one thing I would say isn’t in the film’s favour, however, is simply the fact that is tries to do so, so much. Something that I have gotten used to in Pixar movies in particular, is an elegance in the way that stories are told, something like Soul, for example, being about so much but feeling so minimalist on the screen. Minimalism certainly isn’t something that The Mitchells vs. The Machines is going for here, but once you adjust to the hectic rhythm of the narrative, it’s definitely a ride that is worth taking. There are parts of the film that feel so packed with plot that the emotions get a little bit lost, as well as more than a few hand wavy moments for the sake of plot progression, so whilst the movie may not be a complete masterpiece, there is no doubting that it is one hell of a fun ride.

The filmmakers have definitely taken a scatter gun approach to audience enjoyment here, throwing a LOT at the screen to see what sticks, and what might stick for one viewer may not stick for another. The humour is a mile a minute, and on the whole the majority if jokes worked for me. The thing is, though, it didn’t really matter when something fell flat because four more jokes were always lined up to go straight after.

The wider narrative concept of smart tech ‘coming to life’ to wreak havoc on society isn’t a fresh one at this point, but there’s real need for nitpicking here. The robot revolution is simply a fun, shiny device in which to tell the smaller scale story of a family reconnecting with one another, and those moments are the most emotionally satisfying in the film. It also goes without saying that the style of animation is really, really fun! 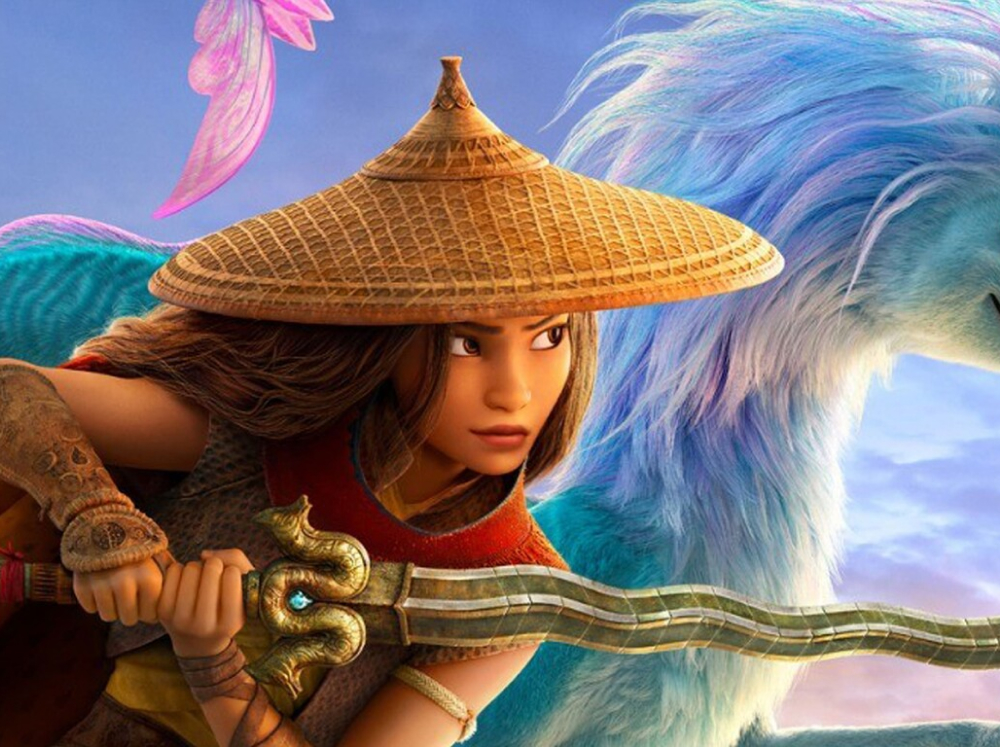 Throughout the 2010’s, Walt Disney Animation Studios has relentlessly released film after film with titles like “Frozen,” “Big Hero 6” and “Moana” becoming instant household classics. Almost all of them are enjoyable, some more so than others, but one cannot deny how deeply derivative they are of one another.

A fantastical land, a mysterious power, a regal hero, smirking sidekick, the death of a family member, a quest for MacGuffins, a mindless antagonistic presence and gorgeous animation. All of these elements compose the tried-and-true Disney formula of moviemaking. It’s worked for decades, but the cracks are finally starting to show in “Raya and the Last Dragon.”

Set in the mythical land of Kumandra, dragons and humans used to live together in prosperity. Then everything changed when the Druun attacked. Born out of human discord, these evil spirits began to ravage the world until the dragons sacrificed themselves in an effort to save humanity. Five hundred years later, the world is broken, separated into five kingdoms who all despise and distrust one another. Now, enter Raya (Kelly Marie Tran), a loner and disgraced princess of the Heart Kingdom, who is on a quest to locate the titular last dragon, Sisu (Awkwafina). Together, they will be able to reunite and restore balance to the mythical land.

Yeah, I bet it does.

I mean, look. I did not hate this movie because there is so much to love and appreciate. For starters, it is absolutely stunning and impressively crafted with all the textures, fabrics, facial expressions and even the sky looking immaculate as ever. The world-building is extraordinary too. Each location and action set-piece are all beautiful and infused with Southeast Asian representation which is a major plus in my book. Additionally, the stylish direction and editing give the film a fast-paced, frenetic Guy Ritchie-esque sensibility. Oh, and James Newton Howard’s score is simply incredible to behold.

Everything that is visually and audibly presented is amazing, but the story just makes none of it feel unique. “Raya and the Last Dragon” moves from scene to scene with each character delivering stilted, expository dialogue necessary to the plot. There’s loads of improvised comedy (courtesy of Awkwafina) and some surprising personality in the line delivery, but it’s nothing special. The story is about as predictable as you can get with a Disney movie which is not necessarily a negative because I tend to care more about the journey itself rather than the destination. However, I knew exactly where this movie was going by the ten-minute mark. It deemed my experience with Raya, Sisu and squad of other bizarre misfits to be duller than I envisioned it being.

Overall, “Raya and the Last Dragon” is a fun, flawed Disney movie. If you can look past the blatant unoriginality, then you’ll probably have a good time with it. I enjoyed myself watching it, but it is definitely a film I could have skipped.

Also, if you do see this movie, see it in theaters. Don’t play $29.99 for it on Disney+ because that is just ridiculous. 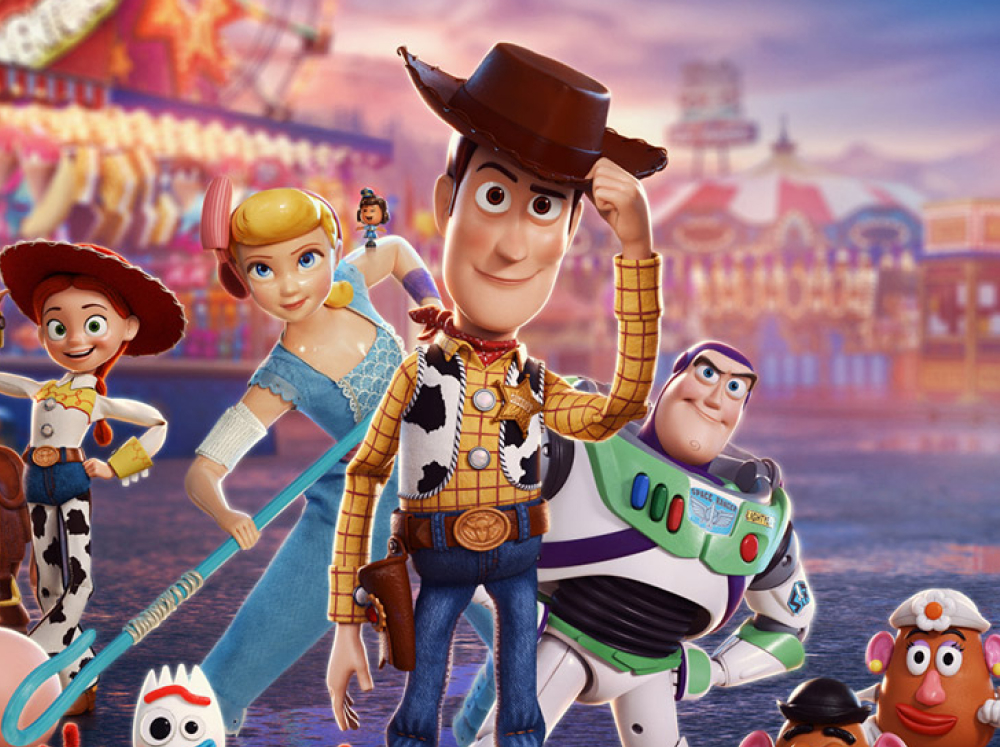 If this blog had existed in 2010, you would have no doubt come along to read how I thought Toy Story 3 was the perfect end to a pretty much perfect trilogy of Pixar movies that felt like they were specifically made with my generation in mind. Six years old with the first, ten years old with the second and twenty-one years old with the third, it really felt like this franchise was something that neatly and perfectly bookmarked not only my early life but also my blossoming love for high quality cinema. You can imagine my apprehension, then, at the release of a fourth instalment. Was Toy Story 4 about to ruin something beautiful, or expertly add to it?

On the whole, I think I’d have to say it does a little bit of both. After being heart wrenchingly handed over to Bonnie at the end of Toy Story 3, the film picks up with Woody (Tom Hanks), Buzz Lightyear (Tim Allen), Jessie (Joan Cusack) and co. preparing to help their new owner get through her first days at kindergarten. During a celebratory pre-school start RV road trip with the family, the toys find themselves in all sorts of bother, with old friends like long lost Bo Peep and new friends like the homemade Forky bringing lots of action to the party.

The first thing to say about the film is that it is almost unbelievably beautiful. You have no doubt seen some of the comparisons of the CG animation between the original and today, and the difference is quite astounding. Films like this honestly make me wonder where the hell animation is going next, and I’m incredibly excited about it.

On a story and narrative level, there are some things that I really liked about Toy Story 4, and then there are some things that didn’t really grab me at all. It’s fair to say that Andy’s story was beautifully wrapped up in the first trilogy, and in many ways this film feels a lot like a tacked on goodbye specifically for Woody at the expense of most of the other beloved characters in the franchise. Without wanting to give too much away, it’s safe to say that many of Toy Story’s classic themes are front and centre, albeit becoming more and more complex as the series and its original audience mature.

We have Woody reckoning with the appeal of living another life with a child ending in inevitable donation, we have new character Forky touching on what the nature of the toy’s sentience even is in the first place, and we have other side tangents involving the concepts of lost toys, broken toys and antique toys that aren’t supposed to be played with. It sounds like a lot, and that’s because it is. Compared to the narratives and statements of its predecessors, Toy Story 4 feels like a great movie that is downgraded to good because it tries to do a little too much and suffers overall because of it.