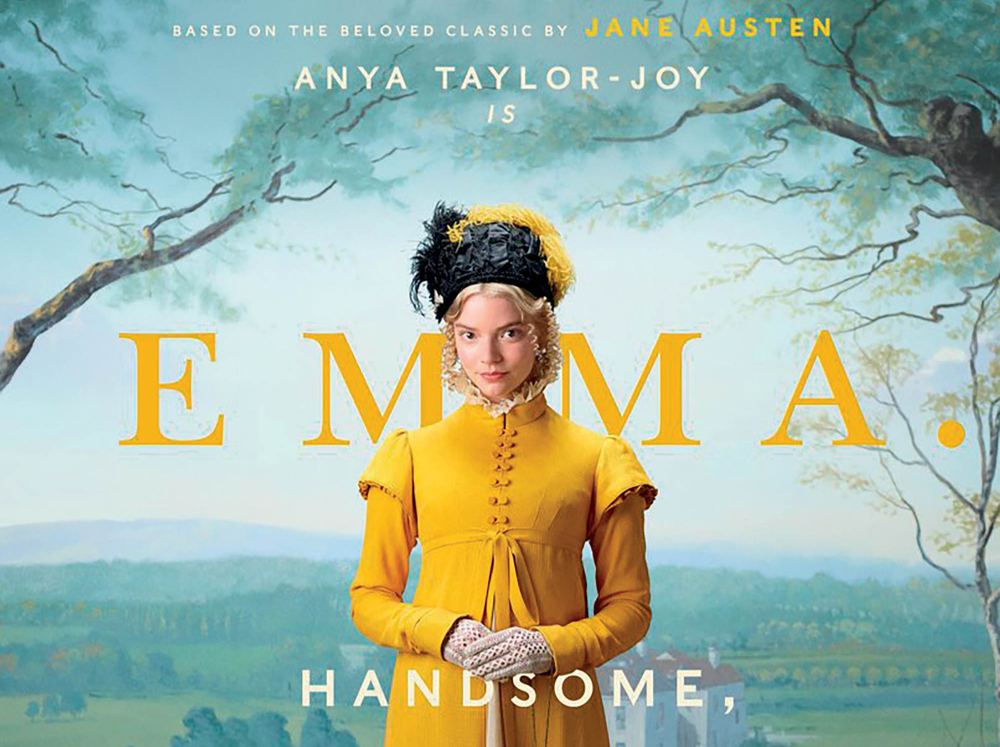 In the world of classic authors, it’s fair to say that Jane Austen is a name that has become equally synonymous with cinema as it is with literature. From Pride And Prejudice to Sense And Sensibility to Mansfield Park, Austen’s work has proved to be a fertile ground for movie magic in the past. Published in 1815, Emma is a story that might be more familiar to film lovers in the form of 1995’s Clueless, a modern take that became one of the most beloved teen movies of all time. For her directorial debut, however, filmmaker Autumn de Wilde has decided to take us back to a time with which Austen herself might have been more familiar.

For those few who didn’t have to study it at school, Emma tells the story of Emma Woodhouse (Anya Taylor-Joy), a “handsome, clever and rich” young woman who takes delight in meddling in the romantic escapades of her friends and close associates. From matchmaking for her governess (played by Gemma Whelan) to blocking an undesirable marriage proposal for a close companion (played by Mia Goth), Emma uses her wit and intelligence to manipulate those around her, all whilst determining never to marry herself despite a growing attraction to family friend George Knightley (Johnny Flynn).

You can see why the plot of this centuries old novel would make for such a perfect 1990s high school comedy in Clueless, the romantic twists and turns and sharp wit of the original source material are massively transferable to a modern adaptation, but that doesn’t mean they still aren’t enjoyable in a more traditional setting also. This 2020 iteration of Emma might not be an absolute banger, but it is certainly pleasant and proficient enough to provide a fulfilling period experience.

The film runs at a snappy pace and has snappy dialogue to match, and this helps to maintain a light and breezy tone from start to finish which is always welcome in a genre (period) that can sometimes feel bogged down. The different kinds of characters are the most enjoyable and defining element of Emma, from the sassy, headstrong protagonist to her hilarious hypochondriac father (Bill Nighy) to the boring but goodhearted village neighbour Miss Bates (Miranda Hart), the narrative introduces us to a plethora of endearing people, and then uses them as chess pieces in a story that, whilst perhaps not earth shattering by modern standards, has a gentle universal appeal that proves why the work of Jane Austen still feels relevant today.

If I were to be really picky, I’d say that the film flags a little bit in the middle before building up steam for a satisfying final third, but I can’t say that it is boring or unappealing at any point. It’s not Clueless, but then what is!?