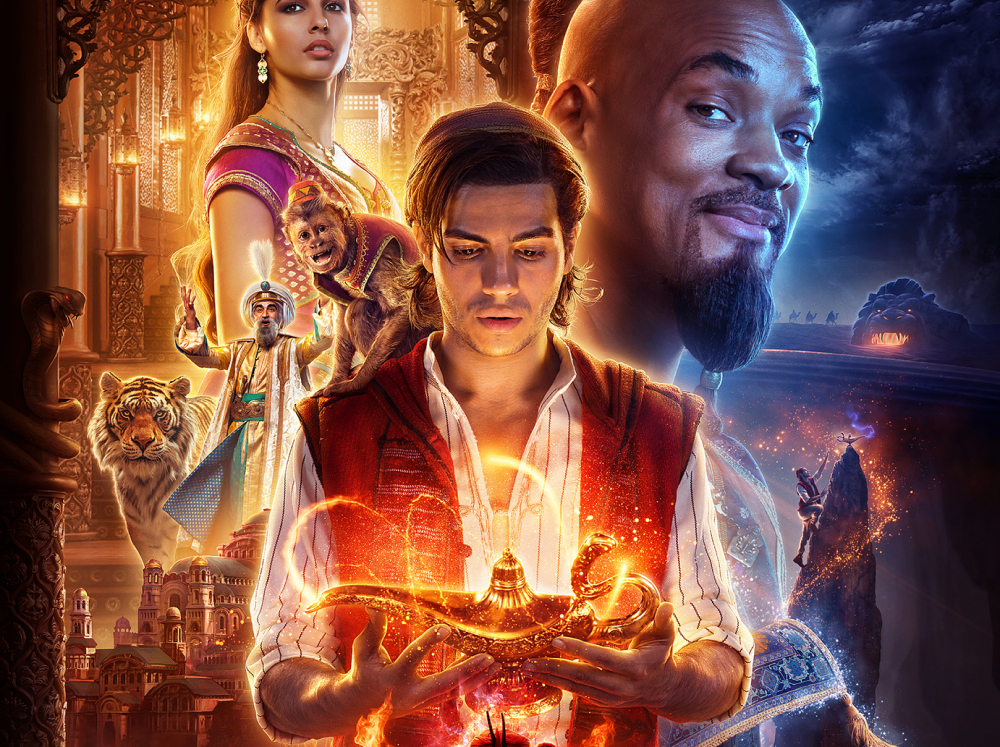 In my household growing up, Aladdin was a huge, huge deal. Being the older sister of a little brother, the Disney catalogue at that point had few films that could entertain us both in equal measure, and as a result the 1992 animated classic is probably the animated feature that I have seen most in my life. Following the likes of Cinderella, The Jungle Book, Beauty And The Beast and Dumbo, it was only a matter of time before Prince Ali and co. were given the live action treatment. I’m not going to lie, I went in nervous as hell.

2019’s Aladdin brings the same story to the big screen, the tale of a young street rat (played by Mena Massoud) who uses the power of a magical Genie (Will Smith) to become a Prince and win the heart of the Princess Jasmine (Naomi Scott), the Sultan’s daughter. Here’s the thing, I wanted to really love Aladdin, like really really love it like I loved Mary Poppins Returns, but unfortunately this just didn’t do it for me. There are definitely certain things to like about the film, but if I were to write a pros and cons list, the cons would almost certainly win out.

There is something that all of these cartoon to live action adaptation have had in common from the beginning, and that is a lack of kinetic energy compared to the animated originals. In the case of Aladdin, this energy is most clearly lost, in my opinion, in the majority of musical set pieces that fall completely flat (the only exception, interestingly, being Jasmine’s new number). One Jump Ahead feels like a strange, underusing, over directed fever dream, Friend Like Me felt physically painful to me, and A Whole New World seriously fails to capture the soaring magic of the cartoon carpet ride. I will give Prince Ali and Arabian nights their due, however. I have seen many people praising the colours of the film, but I couldn’t disagree more. Certain scenes may be vibrant, but I can’t celebrate the colouring of an Aladdin remake when the cave of wonders was more grey stone than golden treasure and the A Whole New World sequence bordered on Battle of Winterfell levels of darkness. Guy Ritchie, what’s going on bro?

Interestingly, the majority of positive change that the film provides is in its slight story tweaks rather that its showmanship. Princess Jasmine in particular is given far more agency in this 21st century update, something that feels more fitting both for the times and for the vibe of the movie. The picture also possesses a fun levity and a fast pace that helps you along even in those moments where the performances or the songs aren’t quite doing it for you. Ultimately, if there is such a duel attitude as being unimpressed whilst simultaneously mildly entertained, then that is what Aladdin evokes.