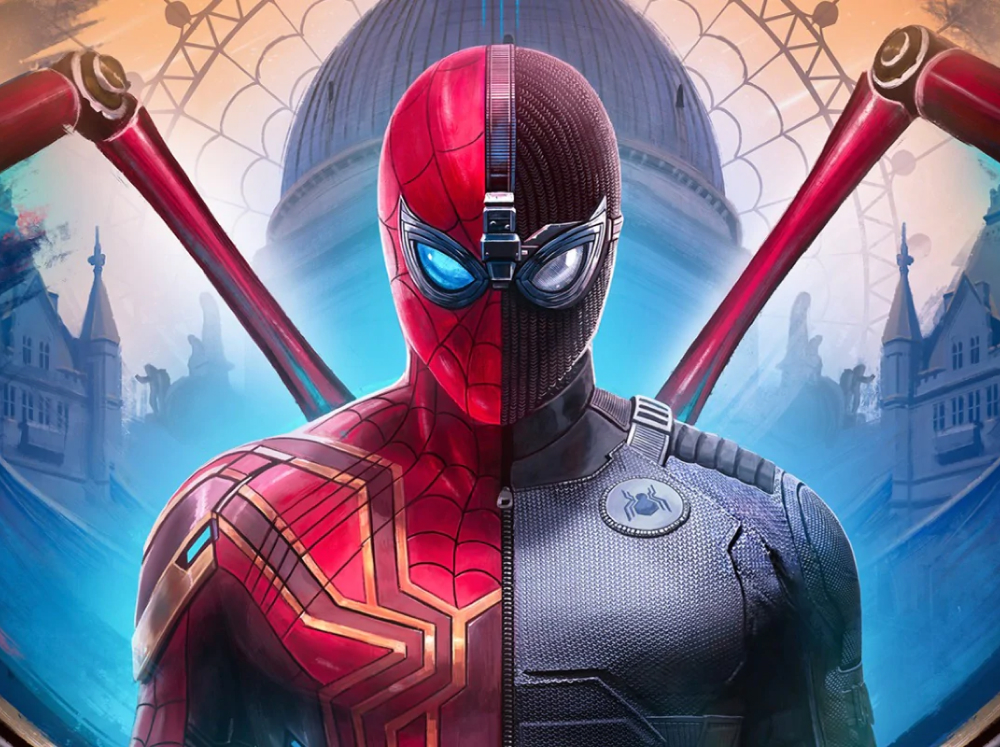 It feels like mere days ago that I was sat in the cinema watching the absolute chaos and climax that was Avengers: Endgame. Although we are twenty plus movies deep in to the Marvel Cinematic Universe at this point, it really felt like the most impossible job in the world of film this year was going to be how to follow up that decade in the making extravaganza. Obviously, who do you call when the stakes are so incredibly high? Everybody’s favourite friendly neighbourhood superhero!

Picking up in the universe eight months after Bruce Banner reversed Thanos’s snap, Peter Parker (Tom Holland) and his fellow Vanished classmates are in the process of restarting the school year that they missed. Excited to embark on a European class trip to Venice, Paris, London and more, and eager to spark his romance with MJ (Zendaya), Peter finds his perfect plans interrupted by Nick Fury (Samuel L. Jackson), who enlists him to help fight a huge elemental fire monster threat alongside new superhero recruit Quentin Beck aka Mysterio (Jake Gyllenhaal). But is Mysterio the real hero everyone believes him to be?

In terms of a follow up to Endgame, Marvel have done the perfect thing in going from one distinctly dramatic and earth shattering tone to an altogether more light and fluffy one. What do you do what you know you can’t match something straight away? You go fro the exact opposite. One of the most enjoyable elements of this new Spider-Man iteration is that it feels very light and breezy in the context of the wider MCU. Our lead characters are all cute teenagers dealing with teenage things, and in all honesty the moments I enjoy the most both in this and in Homecoming are those moments when the film is more of a YA comedy drama than a superhero flick.

This version of Peter Parker is an enjoyable character to spend time with, and his various companions are all great too. Where the film doesn’t quite match up to the majority of recent Marvel releases is in its CGI. Compared to the last few releases in the franchise, the action and CG work in Far From Home feels incredibly weightless and, to be honest, unimpressive. I grant you that Spider-Man in action is probably one of the most difficult superhero characters to make feel authentic, but there were certainly action sequences in the film that felt of a much lower quality than Marvel have treated us to in the past.